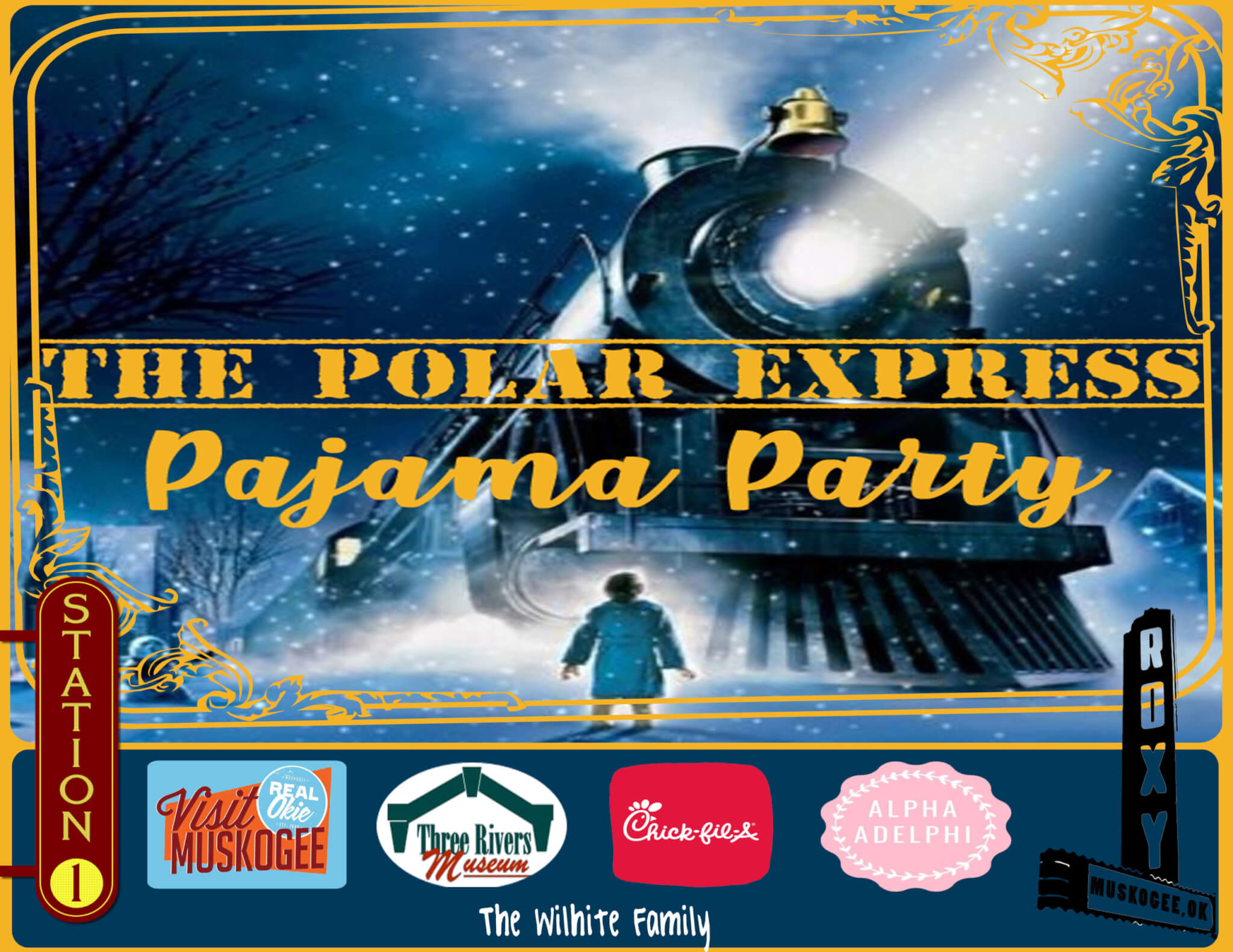 Muskogee’s Historic ROXY Theater and the Three Rivers Museum and Heritage Center are taking special care to make the Fourth ANNUAL MUSKOGEE’S POLAR EXPRESS PAJAMA PARTY both fun and covid safe this year. “The kids have missed so much this year so we have been working diligently to make this an event the kids and parents can attend and feel comfortable knowing we have taken every precaution. We want them to come healthy and leave healthy” says Angie Watson-Rush, Executive Director of the Three River’s Museum.
The event which features a simulated train ride on a bus takes the participants from the ROXY Theater after they have watched the motion picture THE POLAR EXPRESS to the North Pole (Three Rivers Museum) to meet Santa, while re-creating pivotal scenes from the movie. Muskogee High School volunteers from the Alpha Adelphi sorority will be dressed as elves to help the children on and off the buses and to their seats in the theater and the lineup to take pictures with Santa at the North Pole at Muskogee’s Three River Museum and Heritage Center. The holiday decorated three hundred and twenty seat ROXY Theater provides ample room for social distancing with a renovated sound system to transport the viewer into the movies reality. The motion picture, starring Tom Hanks has become a classic cult holiday movie for children in similar fashion to Home Alone, The Grinch and Elf.
The event was the brainchild of Avery Frix and Roger Bell who wanted to make the connection to Muskogee’s Three Rivers Museum and Heritage Center and Muskogee’s Historic ROXY Theater a strong one for kids to enjoy during the holidays. The eight thousand square feet museum is housed in what was the Midland Valley Railroad Depot and has exhibits and displays of both Muskogee and its early railroad history. Its lobby and main area will be transformed into Santa’s Winter Wonderland with Elves as Santa’s helpers for a magical evening of fun and surprises for kids who need the spirit of Christmas.
Dates for the MUSKOGEE’S POLAR EXPRESS PAJAMA are November 27, 28 and December 4th and 5th.