Muskogee Christmas with the Imaginaries 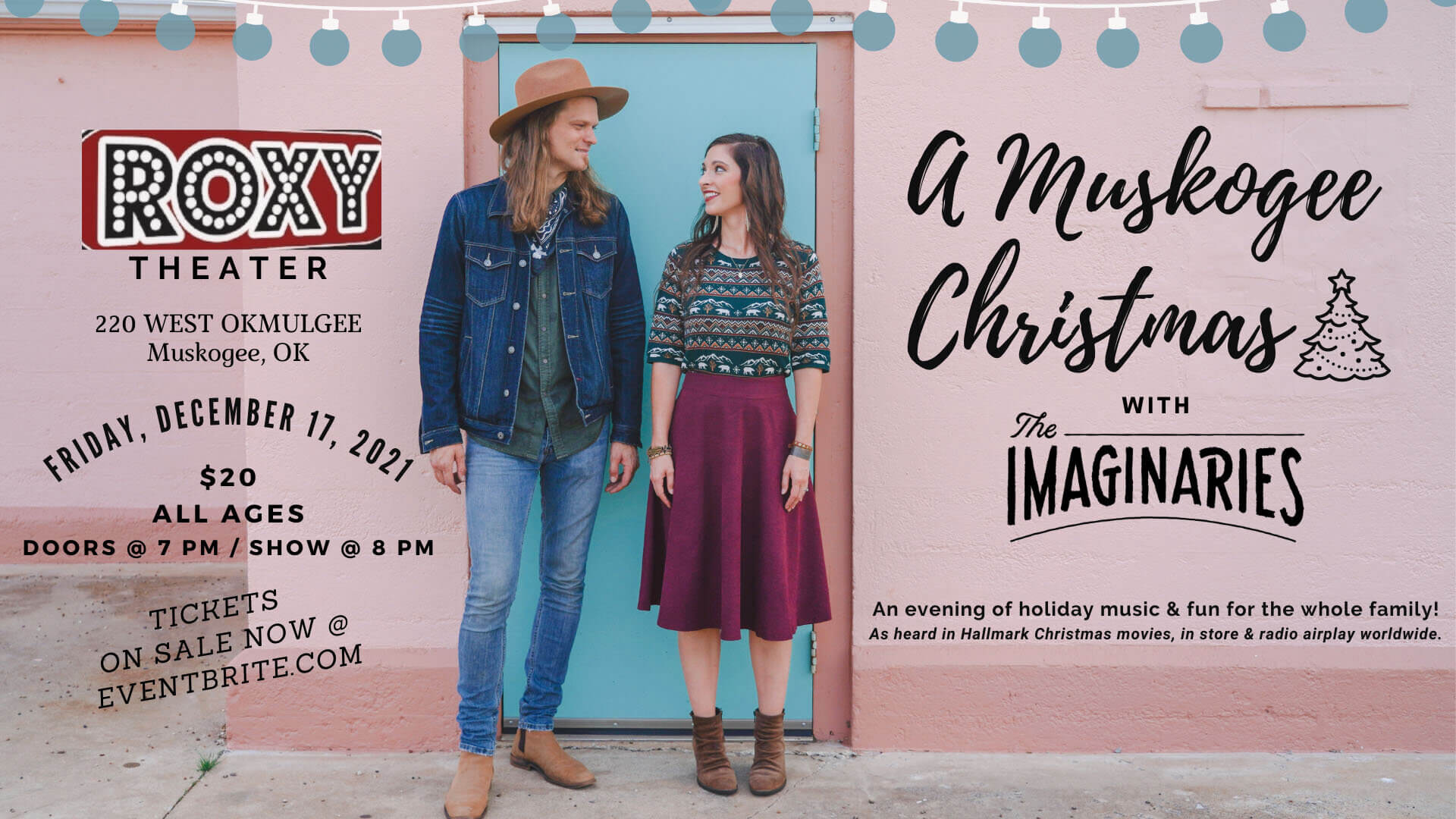 The Imaginaries is an Americana band formed in the open plains of Oklahoma. Consisting of husband & wife duo Shane Henry (guitar, vocals) & Maggie McClure (piano, vocals), their debut album was released March 26, 2021. It was recorded in famed Muscle Shoals, AL with legendary “Swampers” & serves as both an introduction to The Imaginaries and the beginning of their journey as a band after both singer songwriters have enjoyed their own successes as solo artists. The songs are filled with effortless harmonies, heartfelt lyrics & real-life lessons. Maggie, with her subtly sweet vocals and piano-driven style fuses seamlessly with Shane’s blues-rock grit to form their own unique blend of Americana/Singer-Songwriter music.

The Imaginaries have had many songs featured in Hallmark Christmas movies, in rotation in retail, restaurants and radio worldwide. They’ve performed the official halftime holiday show for many NBA teams including the NY Knicks at Madison Square Garden. They can’t wait to celebrate the season with Muskogee for a special one night only holiday show!

In 2019 they released their holiday album “Hometown Christmas” featuring original holiday songs and some of the duo’s favorite Christmas classics.