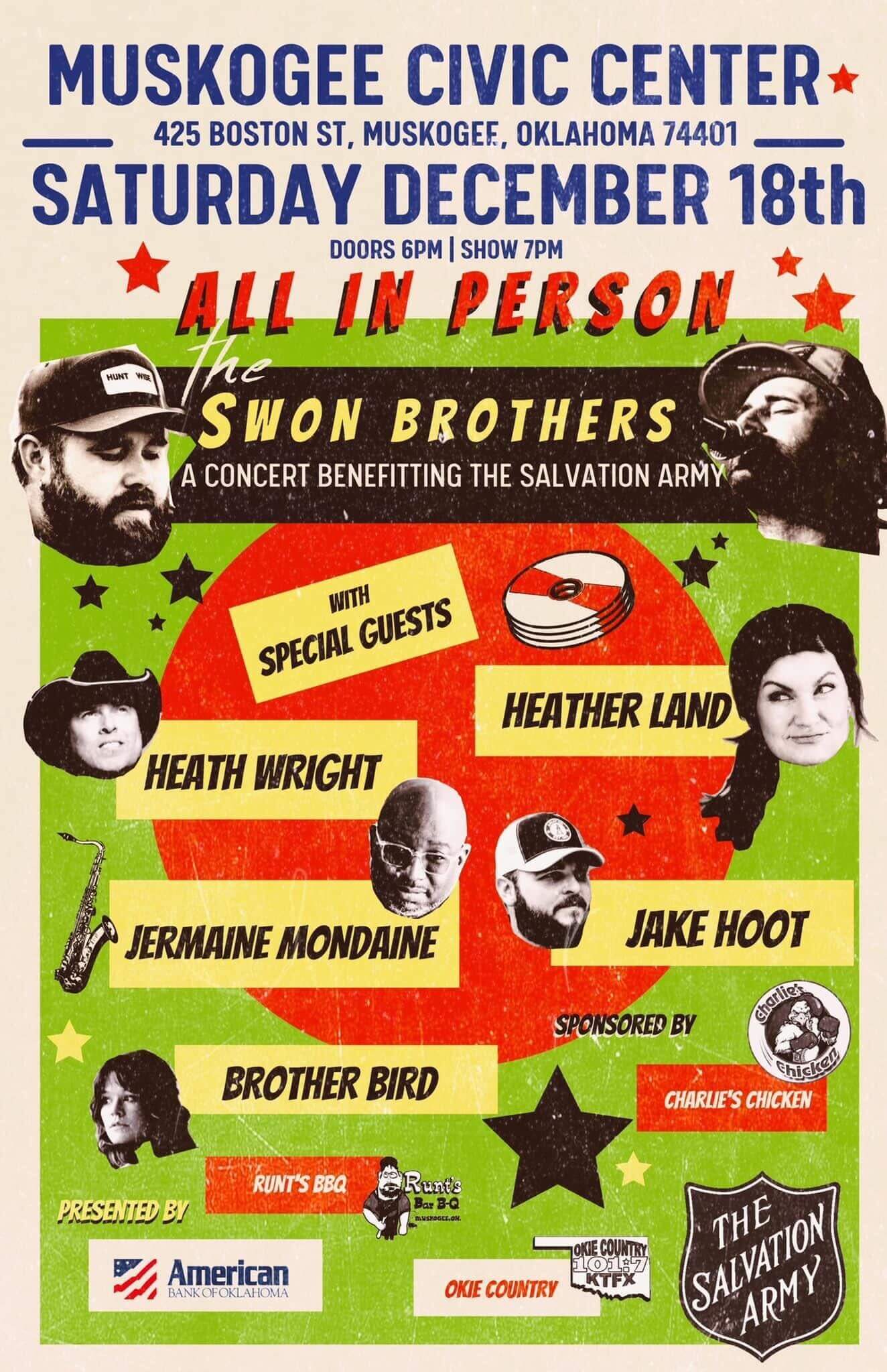 THE SWON BROTHERS were thrilling audiences long before their appearance as finalists on NBC’s The Voice and have released a repertoire of amazing songs, including their Major Label HIT “Later On.” They’ve played for hundreds of thousands of fans as part of Carrie Underwood’s Storyteller Tour and Brad Paisley’s Country Nation World Tour, as well as their own headlining shows. Born and raised in Muskogee, OK, the brothers’ sense of community and hometown spirit have inspired their annual Christmas show benefitting The Salvation Army. The concert has become an expected holiday favorite and the brothers are honored to give back to the place they call home.