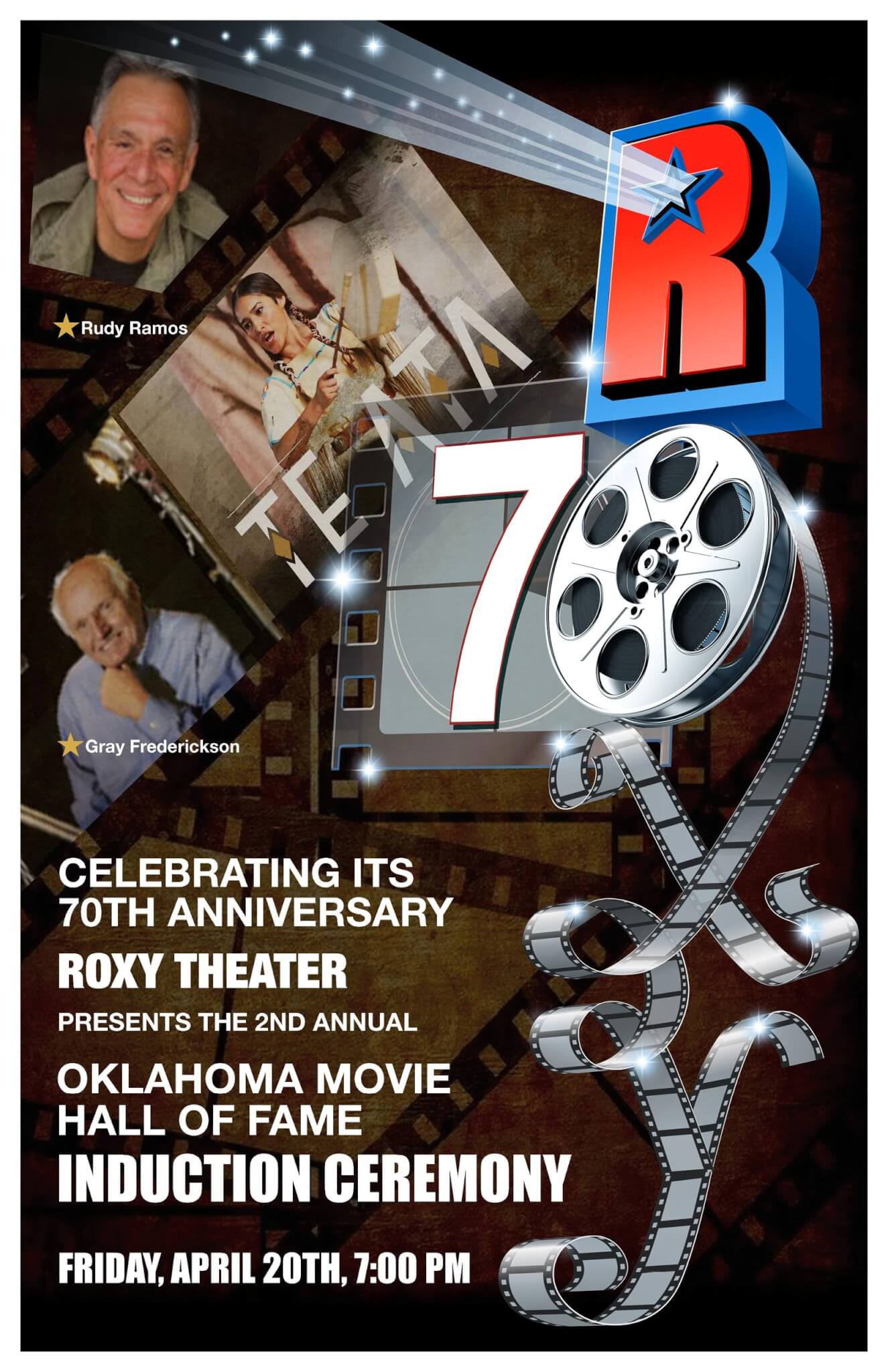 The Roxy Theater, home to The Oklahoma Movie Hall of Fame, is celebrating its 70th year anniversary and will be commemorating this occasion in conjunction with OMHF’s 2nd annual induction on Friday, April 20th, 2018 at 6:00 pm.

The Oklahoma Movie Hall of Fame was formed in 2016 with initial inductees, Zachary Mabry, Clu Gulager, Cassandra Gaines, and Oscar and ShIron Ray of the Bare Bones Film Society.

This year we are honoring Mr. Rudy Ramos, Mr. Gray Frederickson and the film, Te Ata, among others.

Mr. Rudy Ramos’ films include “Beverly Hills Cop II”, Quicksilver and “Colors”. His career spans over six decades including the part of “Wind”, the Indian boy in the legendary television western, The “High Chaparral”.

Mr. Gray Frederickson who is known for winning an Oscar as one of the co-producers of “The Godfather Part II”, Oscar nominee for “Apocolypse Now” and Emmy winner for “Dream No Little Dream: The Life and Legacy of Robert S. Kerr”.

“Te Ata” the film, based on the life of Mary Frances Thompson, an actress and citizen of the Chickasaw Nation known for telling Native American stories and her performances as a representative of Native Americans.

The Induction ceremony will be held inside the theater at 7:00 pm along with live musical entertainment to follow.

Thank you to all our sponsors:

We look forward to your attendance to honor the accomplishments of the talent in the film industry from the Great State of Oklahoma and to commemorate the 70th anniversary of the Roxy Theater!