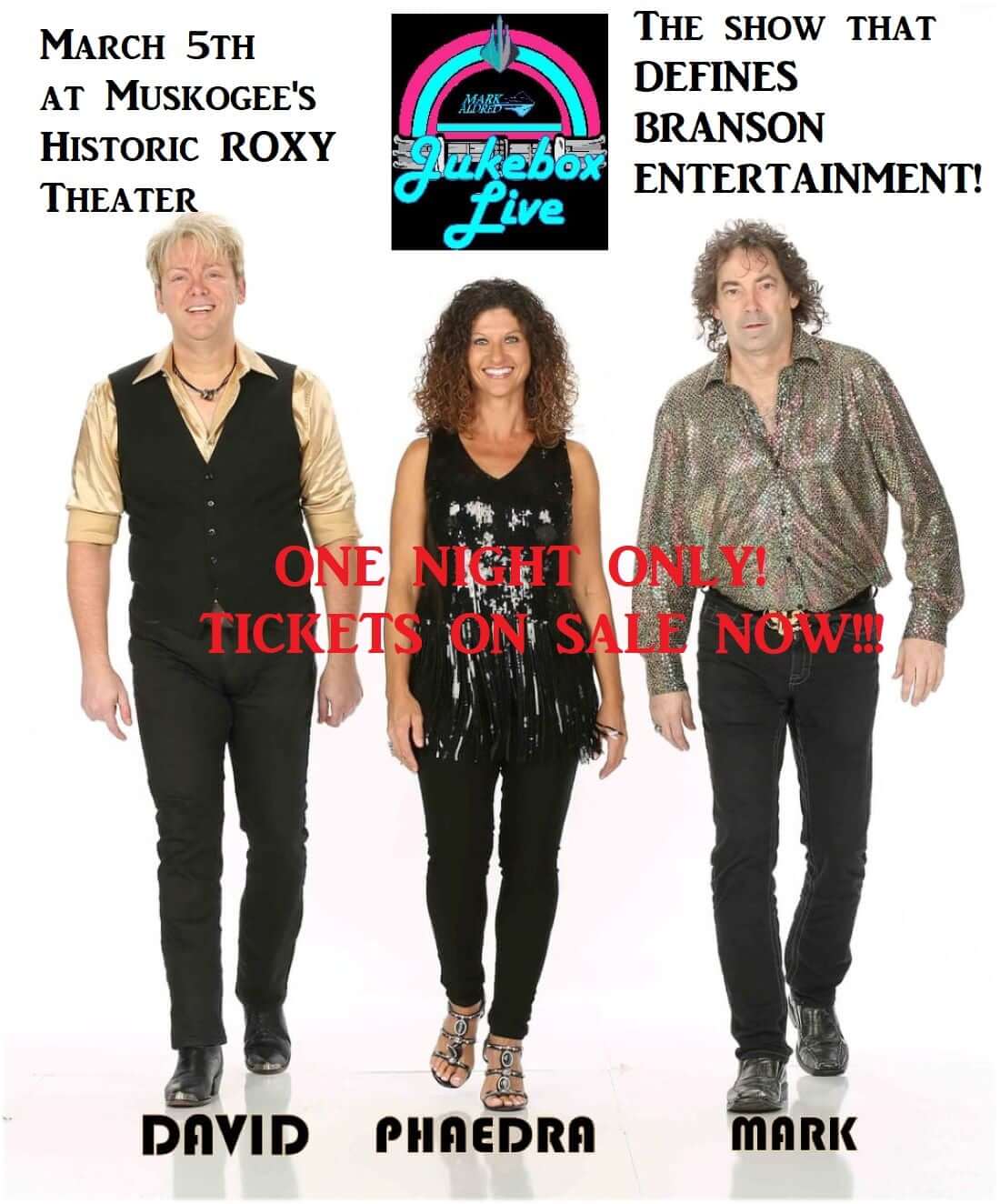 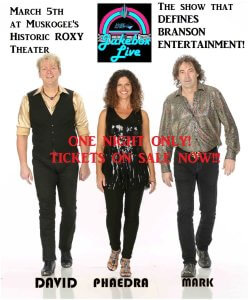 Branson’s JUKEBOX LIVE SHOW to make it’s Oklahoma debut at Muskogee’s Historic ROXY Theater in a one night only performance. One of Branson’s most celebrated shows, JUKEBOX LIVE is a high energy Las Vegas/Branson style event that takes you through a medley of musical genres in what has been called “one of the greatest Branson shows you will ever see!”

Branson’s legendary Mark Aldred will be accompanied by “Mr. Piano” David Brooks, the five times winner of Piano Player of The Year in Branson and who became well known for his performance as Jerry Lee Lewis in the stage production Million Dollar Quartet. This ‘dynamic duo’ will be joined by award winning “Vocalist Extraordinaire” Phaedra Clemons who has opened for the likes of the legendary Ronnie Milsap, Kentucky Head Hunters and Tracy Lawrence.

Mark, the 2017 winner of Texacoma’s Male Country star is known for his wide variety of musical styles that range from Country, to Rock, Pop, Gospel and Soul. An opening act for the likes of TG Sheppard, Russ Taff and Molly Hatchet he has used his entertaining storytelling style to belt out tunes originated by Lionel Ritchie, Elvis, B.J. Thomas, Mac Davis and Poison. His stated performance goal “I want to make them to leave happier than when they came in.” His popular Texas television show ran for five years as he performed with a who’s who of musical artists.

Branson’s JUKE BOX LIVE is scheduled for a “one night only” performance Saturday March 5th at 7pm. Tickets are on sale for only $25.00 and can be purchased on line or at the ROXY Theater Box Office from 10 a.m. to 2 p.m. Monday thru Friday.